If an electrica discharge (electrons that move around due to a potential difference “Voltage”) goes through a gas-filled tube, kinda like lightning. Then there is high probability that some electrons from the electrical discharge will collide with gas molecules and excite the up an electron from the atom to a certain energy (E2) and after about ten raised to minus seven seconds, the excited electron returns to a lower energy level (E1), the excess energy is then converted into a photon that emits in a random direction with an energy that is the difference between the two energy states (E2) and (E1). Energy of the photon is given by hf = E2 – E1. (Beautiful and simple equation right there foks!) Where h is plancks constant and f is the frequency. An important scientific discovery by this was that the light emitted consisted of only certain wavelengths and colors which are different depending on the type of atoms presented in the gas. By refracting the incoming light with a prism one can observe the different colors as crisp columns on a screen. 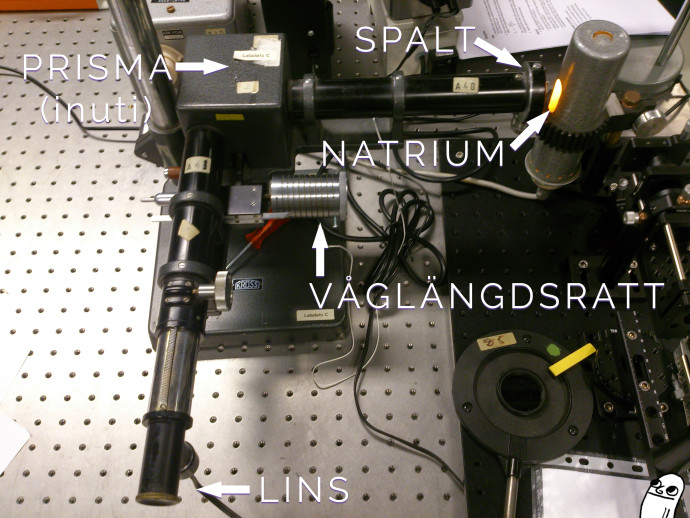 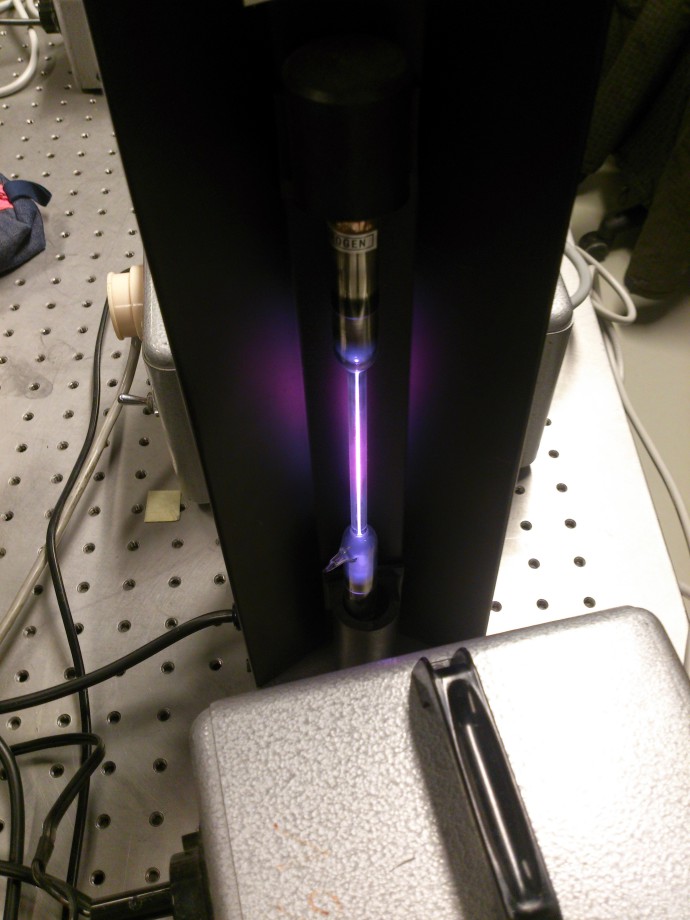 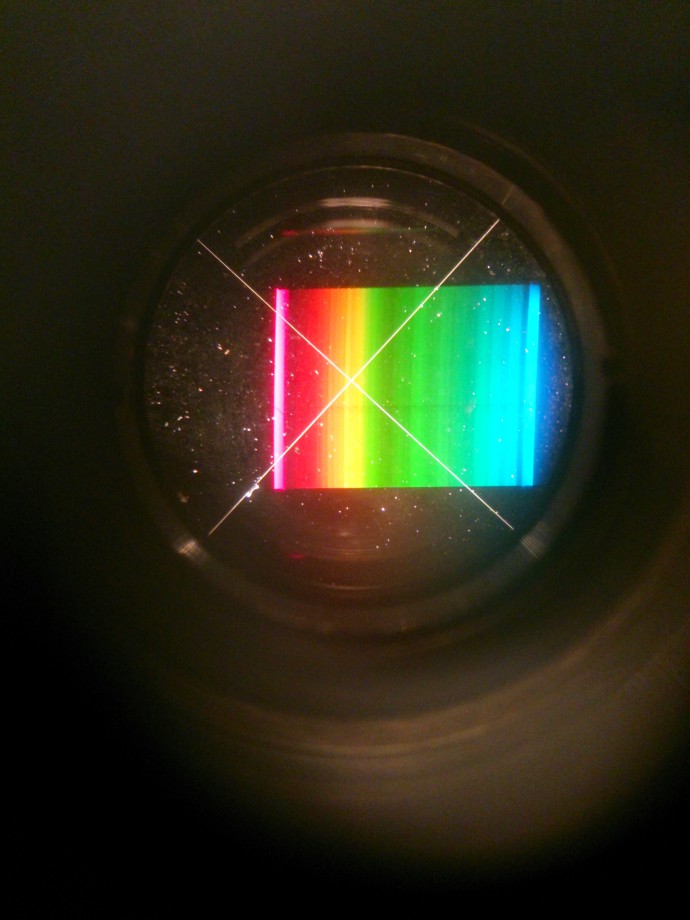 Look through the lens and observe the spectral lines that forms when prism refracts the light.

Since a prism refracts light of different wavelengths we can then see what kind of wavelengths hydrogen is composed of. 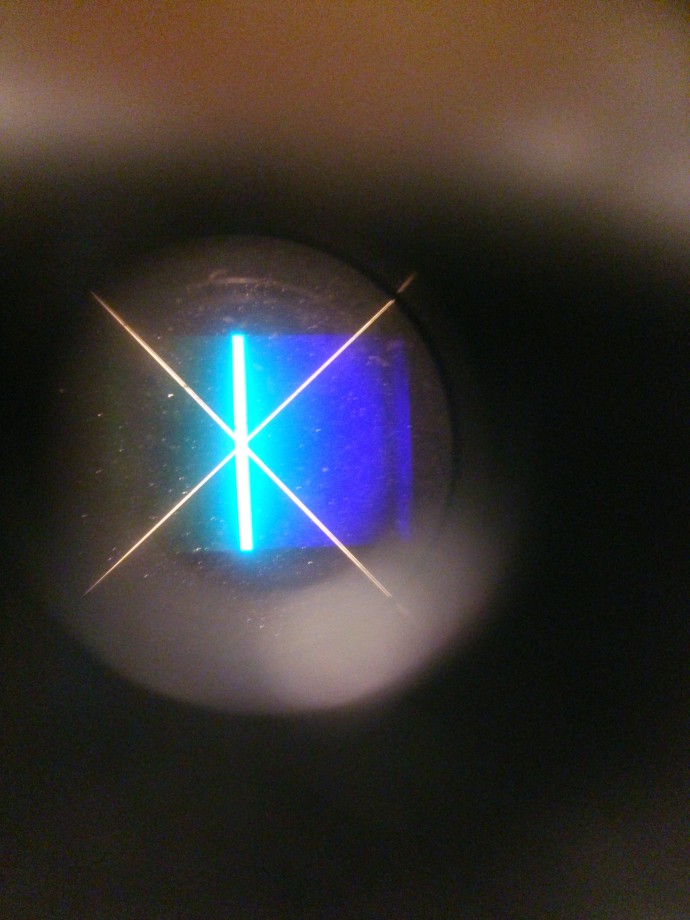 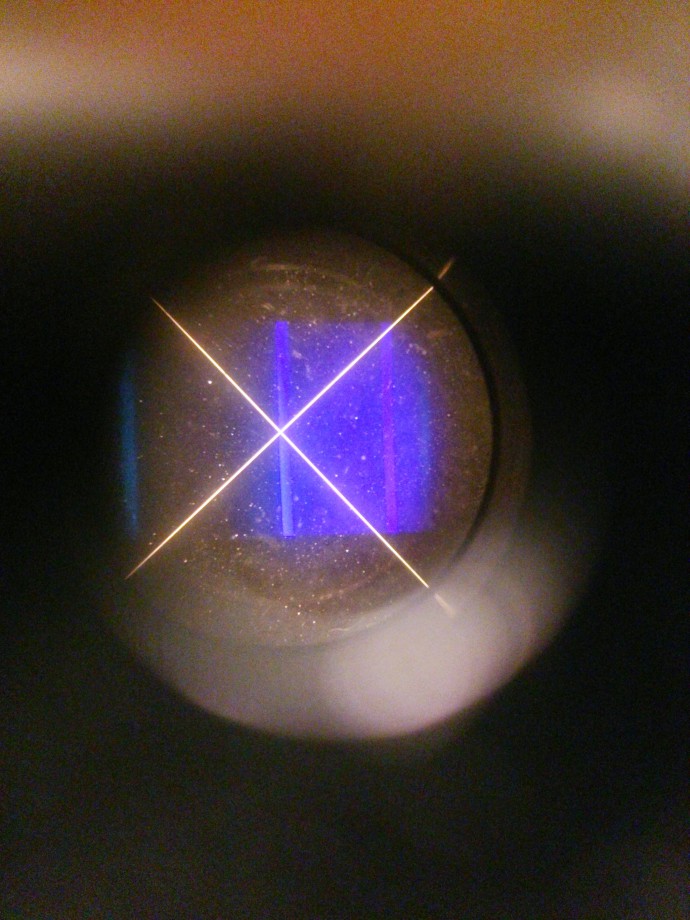 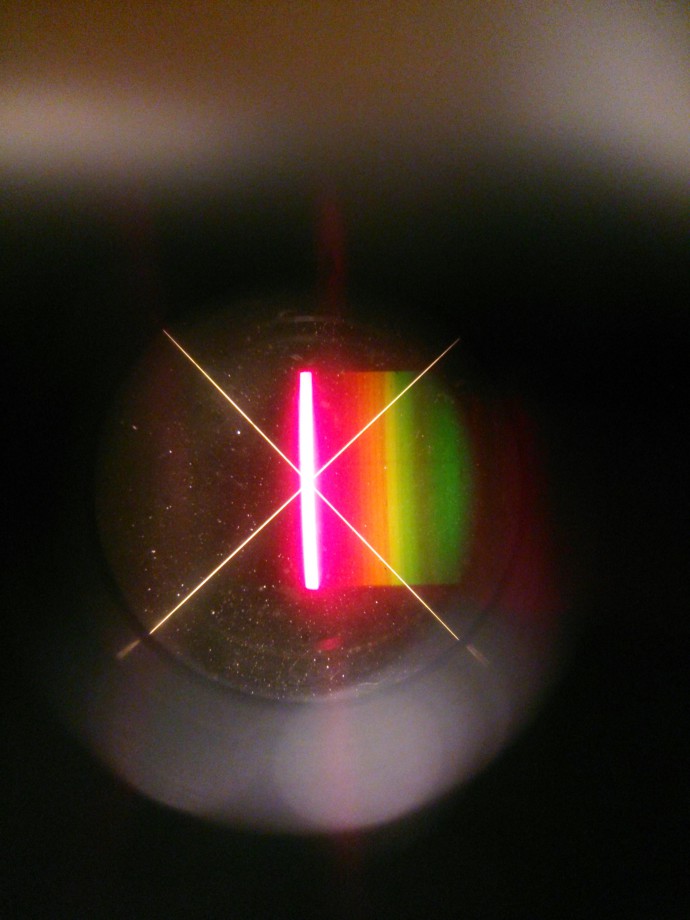 Red light at a wavelength 660 nm 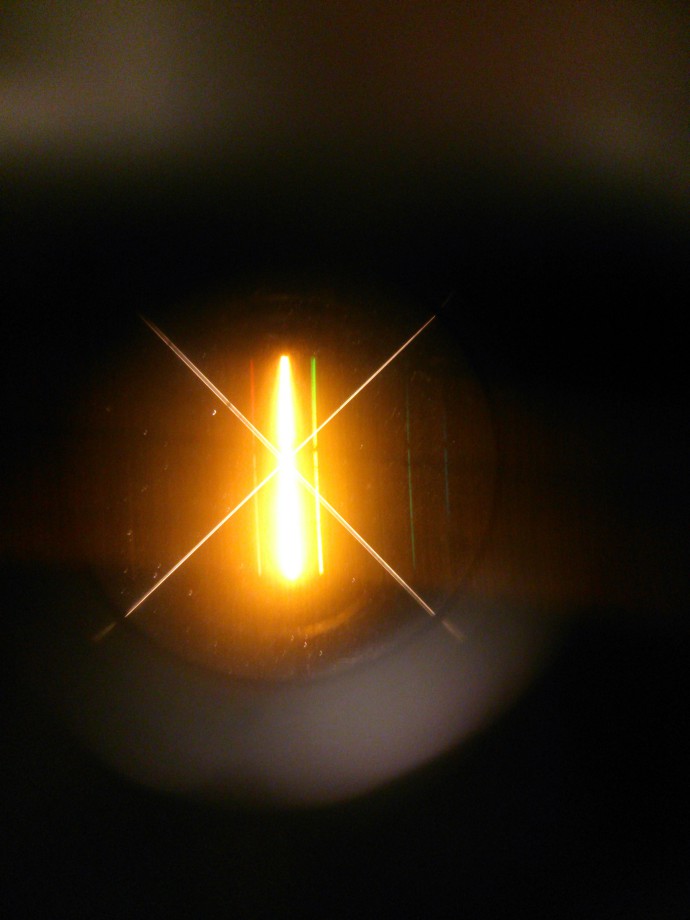 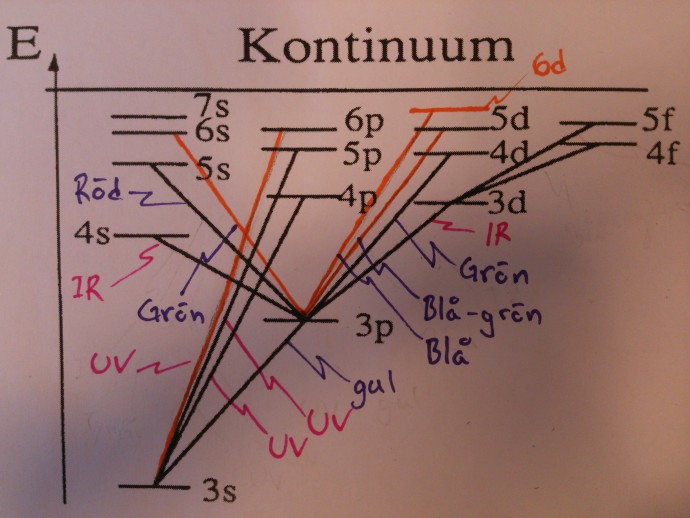 The lowest-lying energy levels of the sodium outermost electron in which the various transitions are marked.

Now what was this all for?? Yeah.. I only calculated on the difference between energy. But basically you can expand this method to observer the spectral lines from stars and planets to get information of what molecules and atoms they are made of which is freaking awesome and has been a huge help for scientists.

For those who want can read my whole report (In swedish) where everything is explained in greater detail by clicking the button below.